The internet is part of our daily lives. From work to personal entertainment we rely on the internet quite a lot – maybe a little too much. There are various technologies which keep the internet running and an essential one is submarine cables connecting continents and countries to each other and carry 99% of the global internet traffic.

Submarine cables known to have a 25 years lifetime however given technological advancements, competition, price deprecation actual economic life is generally less. What happens to old cables? Well, new cables usually get built by that time often along the same route, such as Jupiter in the Pacific, or along a new path, such as Marea in the Atlantic.

Submarine cable technology has significantly improved over the years and now cables can provide more than fifty times the capacity per fiber pair in comparison to 20-25 years ago. Here is a good article about what happens to old cables.
Infrapedia, a free and interactive fiber optic cable map and community, has a feature called Time Machine.

This feature allows users to look at submarine cables and their end of life status as far as 2050, a handy tool that gives subsea cable users and developers great insights into where to buy fiber pairs, strategize IRU purchases or develop a new cable system. Let’s use this feature and take a look at some subsea cable regions.

This is how subsea cables look like in December 2019:

It generally takes 3 years to build a new cable system, a year for Survey & Permitting and two years for manufacturing and installation. It might even take longer when delays occur during the legal and permitting phases or when the approval of a large consortium of carriers is required.

Take into account some time for marketing, selling and funding and any new cable project which starts today will most likely go live around 2025 or so. Let’s pick 2030 to be on the safe side and the global internet will look as follows. There will be a lot of room for new cable! Who wants to be the first user of shiny newly installed subsea cable?!

Let’s Start With a Closer Look at the Atlantic

In the competitive North Atlantic region we will most likely see that all the assets of the DotCom area (all built at the same time) will have been washed out around 2023 potentially leading to a heavy reduction from 16 cables in 2019 to only 5 in 2030 across 2 diverse paths (US to Ireland/UK and the US to mainland Europe).

The decommissioning is never publicly debated, but decided by the owners based upon cost and reliability factors. It is worth noting that the TAT-14 consortium has already announced to decommissioning of their system by December 2020 and it is quite likely that more will follow.

If some of the systems do stay online, we are not necessarily saying “stop buying capacity” but realistically these cables are old. Given how technology has changed over the years they just simply may not support the capacity and services you actually need. Of course, we recommend thinking twice before buying and consider these facts as well as take measures by buying capacity on newer systems for redundancy.

It’s also common some older cables do not necessarily provide competitive pricing. Considering the importance of both the European and US Internet hubs such as Ashburn, Amsterdam, London, Paris, and Frankfurt we are seeing lots of opportunities for replacement systems to increased capacity and uphold the current level of resiliency in the number of cables.

There are also some opportunities for the UK to Mainland Europe fiber builds. Most of these unrepeated cables have a similar design life of 25 years. Some of these cables might still be operational but technical advancements or operational costs will, at some point, benefit from new builds.

The Miami to New York cables MAC and Globenet will be out of service at this time. Miami to New York Subsea route will probably interest a new investment opportunity either as an alternate routing option or as a low latency-play.

We believe this will also bring additional cable landing opportunities to Virginia Beach to improve diversity on the East Coast. We do not believe there will be capacity constraints but certainly, there isn’t enough diversity out there and this means the submarine cable industry will be busy!

Things look rather good for South America. A lot of new cable systems have been built along the Atlantic side of the continent and they will still be well within their 25 years anticipated lifetime.

On the Pacific side, Central America and South America will have no diverse route to the USA anymore besides the Curie cable between Los Angeles and Chile, so it might be a good idea to have another system from California to Mexico and further down south.

African Nations rely on Submarine cable connectivity quite a lot as international terrestrial networks can be segmented due to geopolitical reasons. West Africa is looking relatively ok, although the average age of the cables (assuming none will be built by 2030) is around 19 years which makes it pertinent that cable developers start looking at setting up new cable system projects around 2030.

Given the build of large scale data centers in South Africa, at least one or more of the projects like SABR, SAEx-1 (to Fortaleza) and Equiano will have been realized. At the same time, China will have made even more significant investments in Africa and this is creating a need for improved connectivity. Systems such as SAEx-2 will be catering to the need for a more direct path between Africa and Asia, with or without the help of Chinese investments.

In recent years there have been many new cable announcements to Australia. This incredible growth in the available capacity connecting Australia to the rest of the world didn’t necessarily help peering prices drop but we will cover that in a different article.

Cables coming from Asia to East Australia or Asia to West Australia seem to be providing adequate diversity and capacity. Australia might need a new system connecting to New Zealand as by 2030 there will be several cables connecting two countries but only known direct, the low-latency route will be Tasman Global Access as Southern Cross will reach its end of life.

Of course, the most important development in recent years has been new systems that came online to replace the almost industry-wide considered cursed “SEA-ME-WE-3” cable which is down very frequently.

Looking at the Pacific, especially North America to Asia connectivity. You can easily notice a new trend of bypassing Japan. There are more cables being built now such as BtoBE, SxS, PLCN and HKA. Some of these are facing a challenging regulatory environment in the US due to ownership.

Existing investments and projects we know show that there is some congestion here in terms of the number of cables being installed. Looking at more closely intra Asia where there seems to be a quite good amount of Intra Asia capacity available for the future.

We believe there will be direct cables from the US to Africa, South America to Asia, Virginia Beach to Europe and Australia to South Africa. Columbus III cable might also be replaced by a new system going directly to Mediterranean bypassing France/Spain/UK and terminating in Italy and maybe Israel, however, we believe this would be not from Florida but rather Virginia Beach A moonshot project would be Australia to South America.

In recent years especially Brazil has had a lot of people migrate to these countries creating a need for better communication between these countries.

While Big telecoms are in a big cash crunch and trying to stay alive by merging or getting acquired we believe private investment firms, OTTs, and privately owned boutique submarine cable operators will play a crucial role.

It is worth mentioning that by 2030 Arctic cables might even have been built – both Canadian and Russian arctic cable projects are becoming more likely due to increased accessibility of the Arctic itself (although not necessarily a good thing). This makes it much easier and economically interesting to design and deploy cables in the region to decrease the US dependency of both the European and Asian continents.

As new cables replace the old systems, we anticipate some shifts within the market in terms of the introduction of new subsea cable hubs and concentration points like Virginia Beach, Bordeaux, Genoa, and Guam. It already looks like Guam is a good concentration point for the Asian region but considering the current regulatory struggles of some Chinese supported cables in the region, the question is whether it will unlock good value to Asian carriers in the future.

Thank you very much to Hubert Souisa, Nigel Bayliff, Dave Crowley, Maurice Dean, Joe De Palo, and other industry experts who asked to remain anonymous 🙂 for making this article possible. 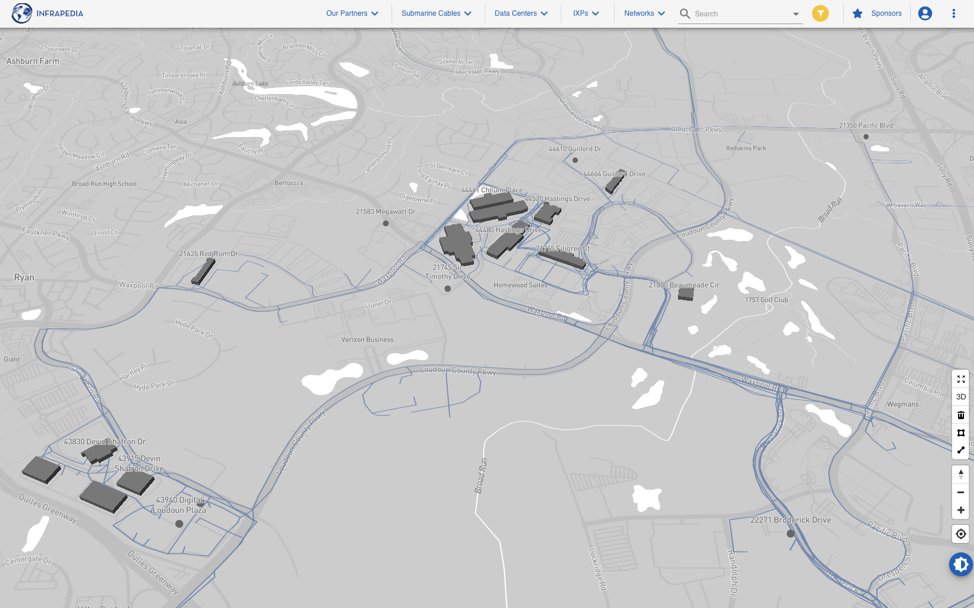 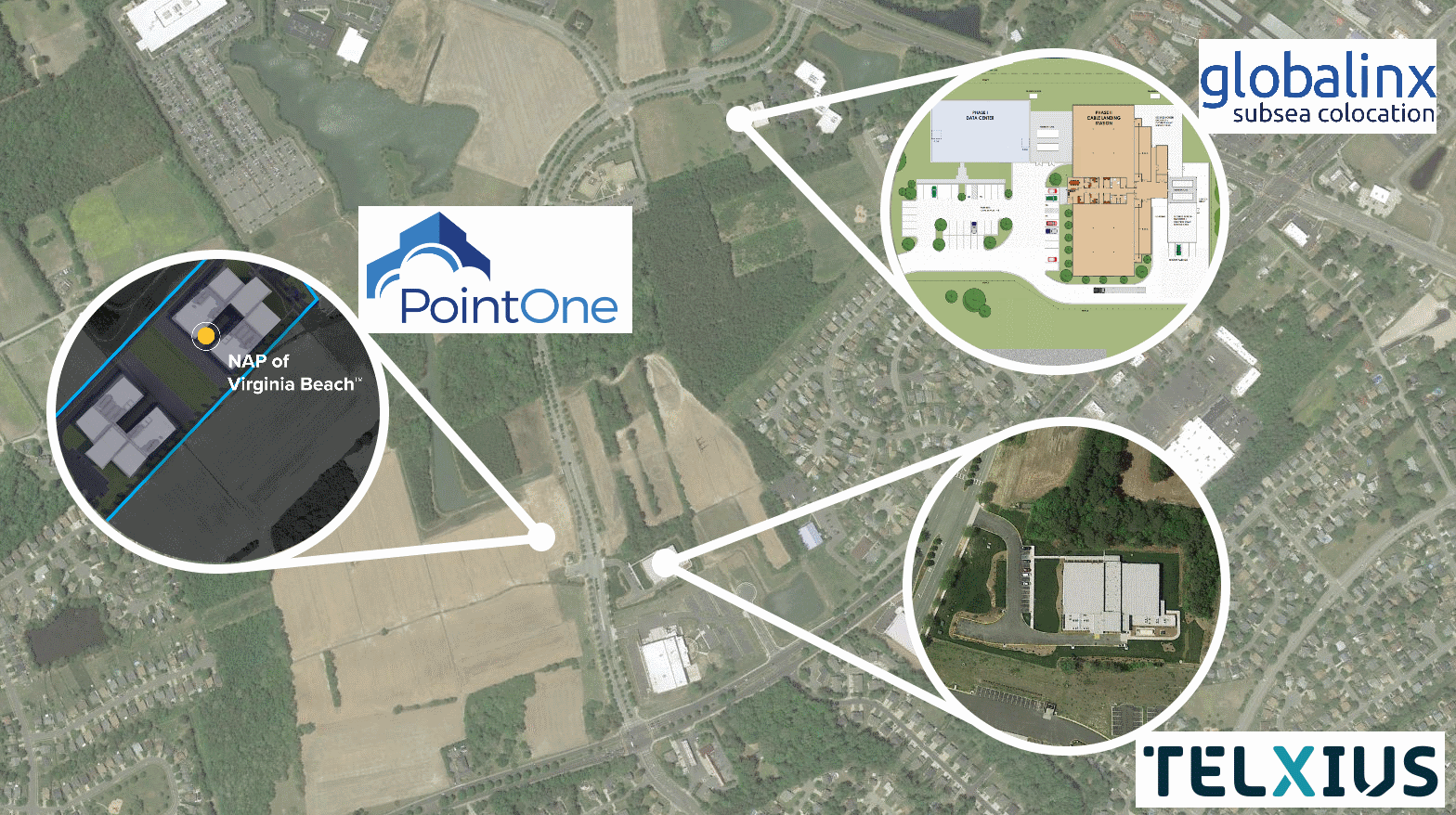